The rail supply market will reach 211 billion euros by 2027

The Spokane, Portland and Seattle Railway is Classic Trains Railroad of the Month for August 2022 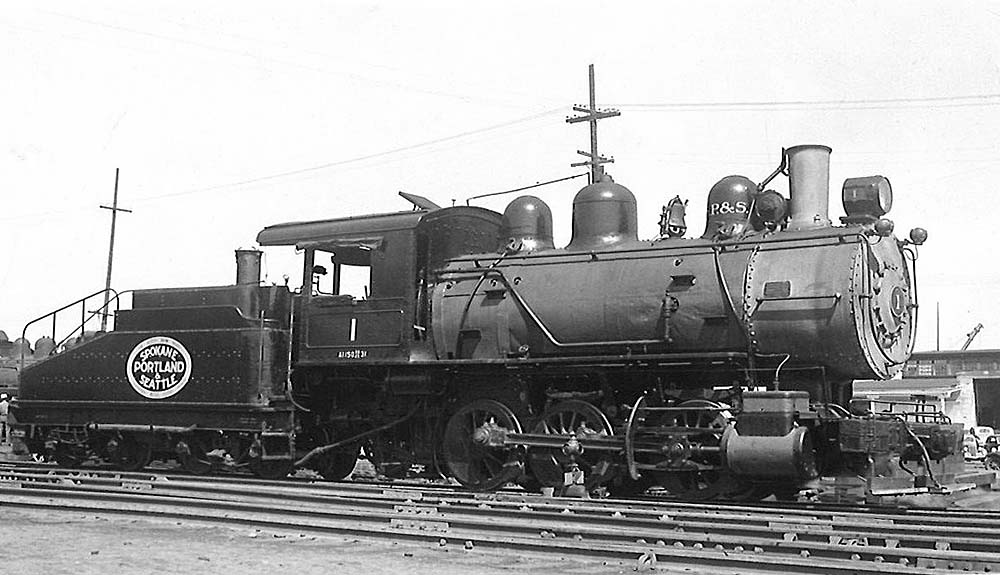 Number 1 on the list of Spokane, Portland and Seattle locomotives was a six-wheel switch, one of five built by Manchester in 1907. Photo by Donald M. Gunn 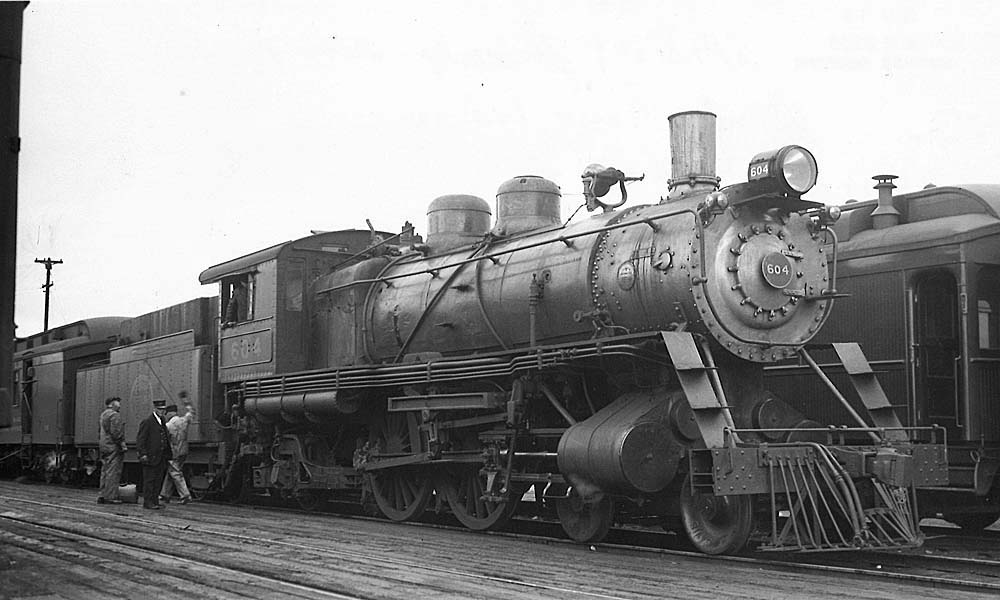 The SP&S Atlantics were duplicates of Great Northern’s balanced compounds with inboard high-pressure cylinders driving the first axle and outboard low-pressure cylinders driving the second axle. Their reconstruction into simple locomotives and the addition of cast-iron trailing trucks fitted with a supercharger duplicated GN’s modifications. SP&S retired the boosters in 1931, a year before this photo was taken. RV Nixon picture 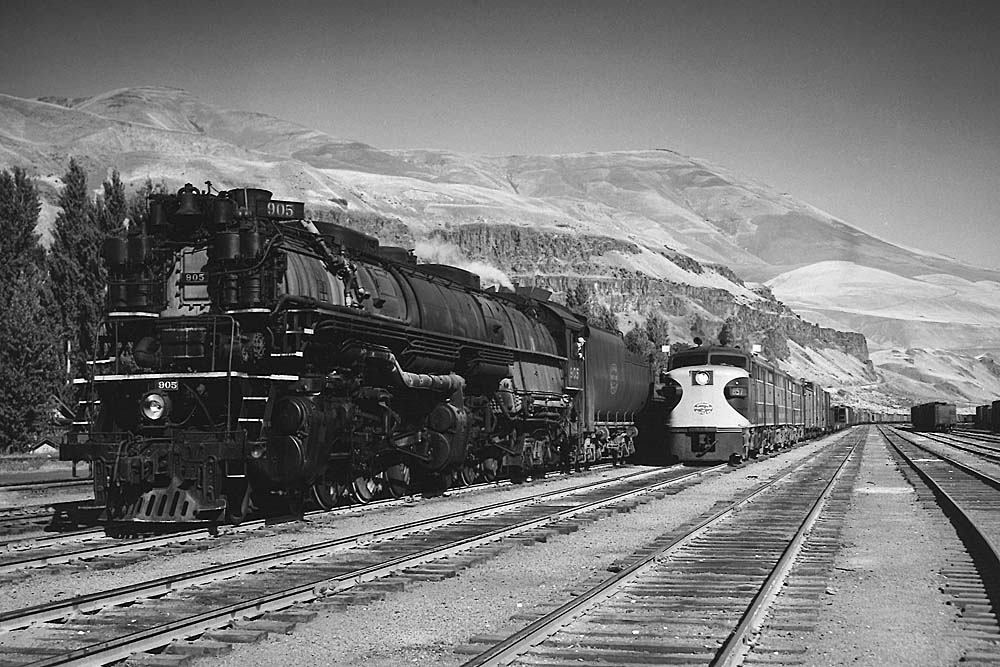 Symbolizing the transition from steam to diesel, at Wishram, WashSpokane, Portland and Seattle, 4-6-6-4 Z-6 steam locomotive No. 905 waits with westbound freight while three Alco cab units, led by FA1 857, arrive with a cargo drag in October 1952. Photo by Donald E. Smitch 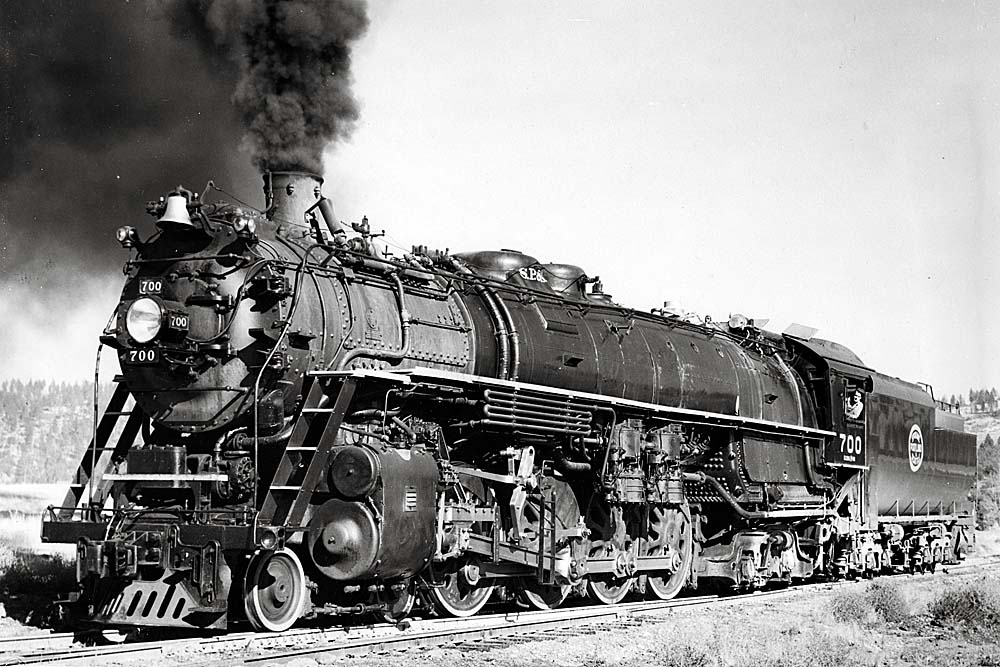 Modern passenger power arrived at the SP&S in the form of three 4-8-4s built alongside NP’s A-3 Northerns. The only differences were in the combustion chamber and the tender – the SP&S locomotives were oil burners. No. 700 is preserved in Portland, Oregon. Photo HW Pontin 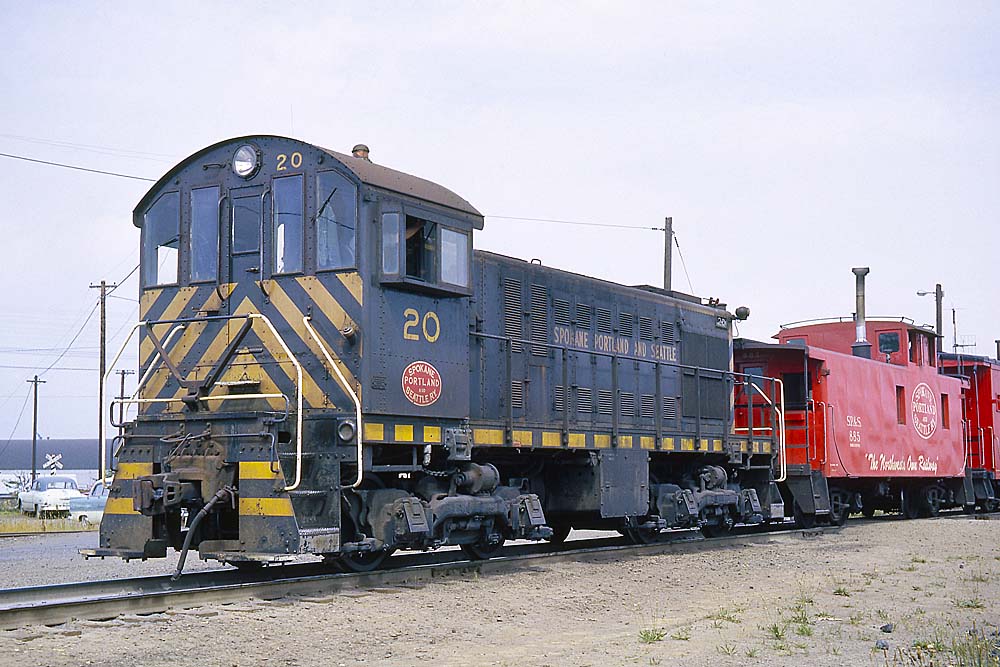 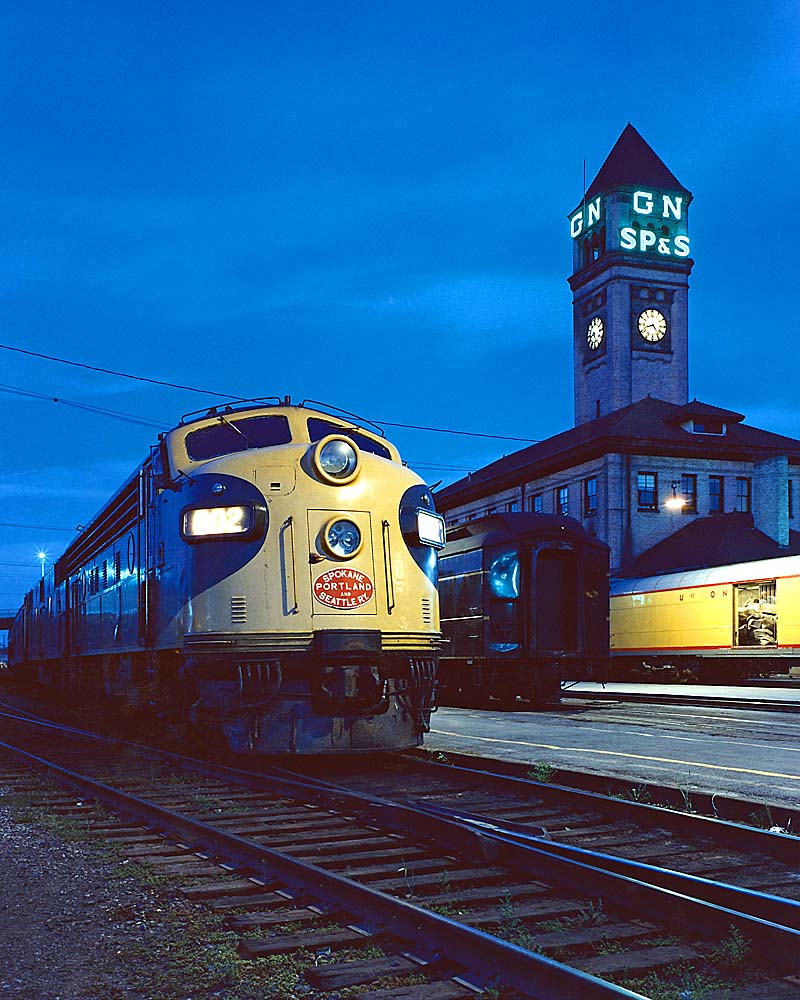 SP&S F3 802, plus the only E7 on the road, wait at the Spokane, Washington depot in 1965 for Portland cars off the Great Northern empire builder. Photo by Ron Sloan 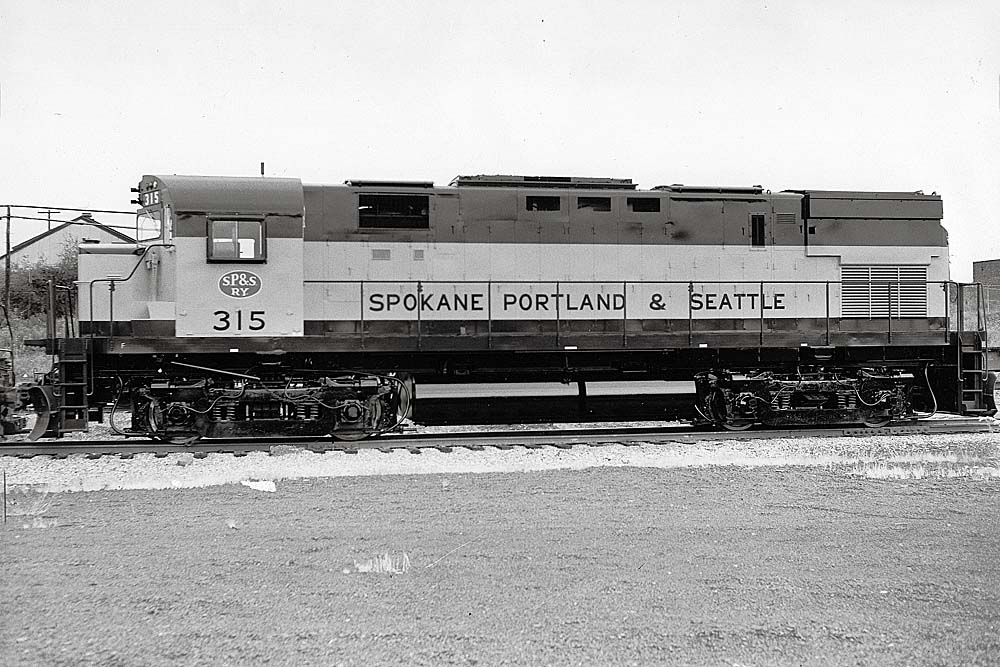 Spokane, Portland and Seattle had 28 Alco C425s, Nos. 310-327. The 2,500 hp C425 differed from the C424 in the use of a 16-cylinder 251C engine powering a larger main generator. The two are nearly identical, but the C425 has a square protrusion in the hood between the radiator opening on the side and the radiator overhang on the roof. Photo Alco 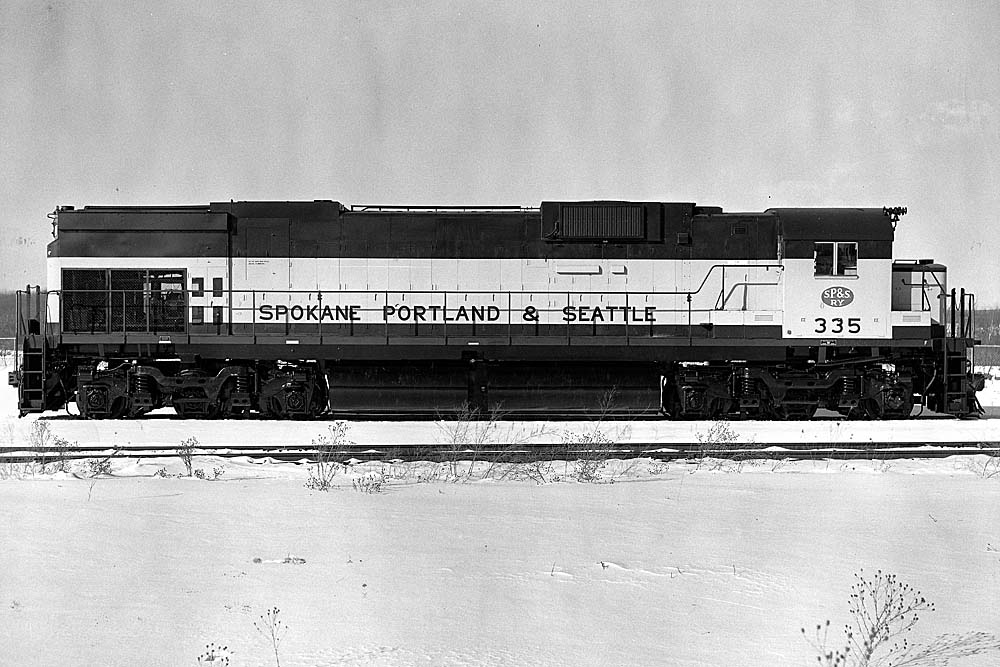 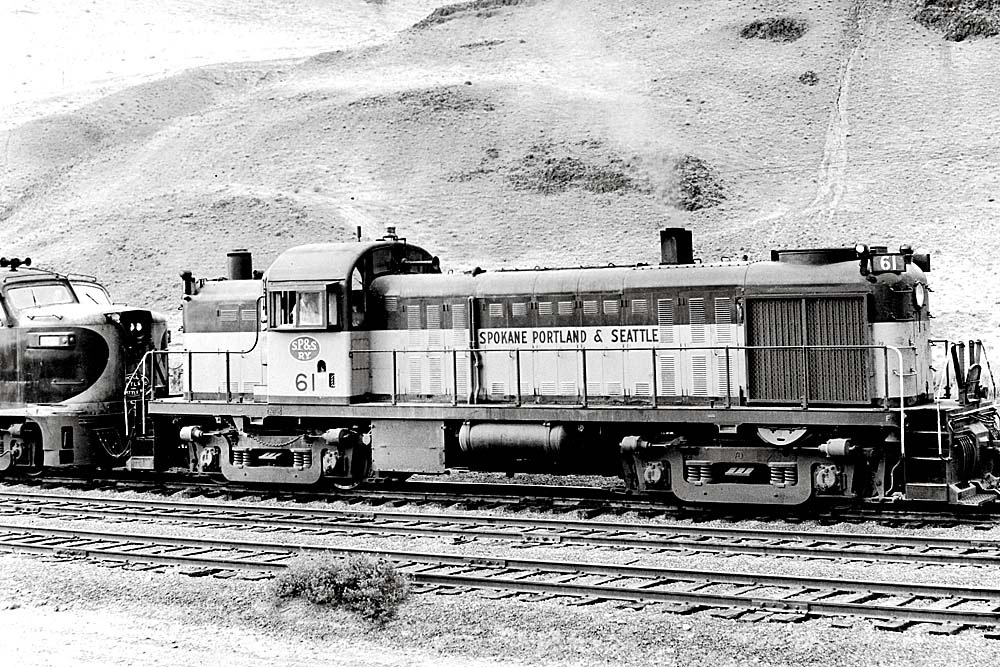 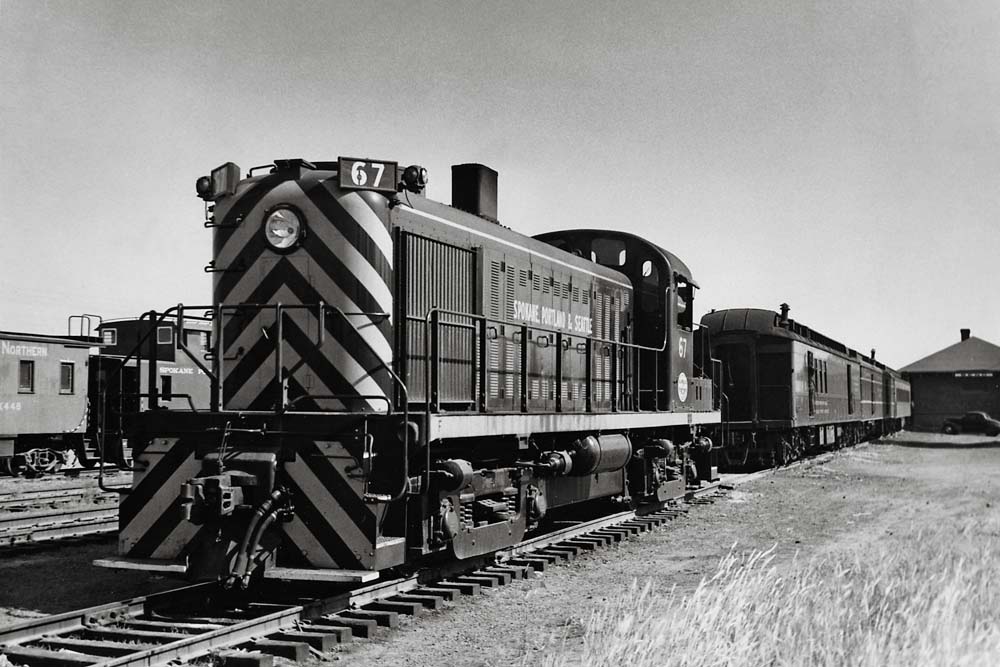 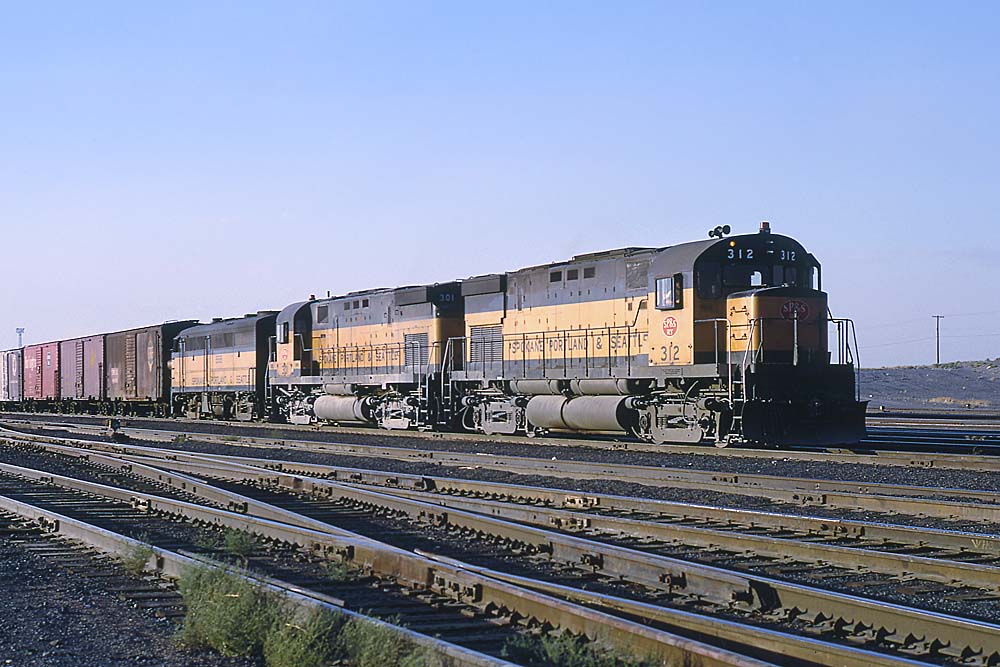 The main locomotive shop for Spokane, Portland and Seattle was in Vancouver, Washington. Originally a roundhouse, it was supplemented by a four-lane, three-level diesel workshop in 1949 which replaced the roundhouse after the last switch to steam on June 23, 1956. Until 1937, SP&S primarily used power from his parents. Great Northern and Northern Pacific, but in 1937 received six NP-patterned Alco 4-6-6-4s (two of which were immediately sold to GN for the isolated Klamath Falls line), and two more in 1944. Three Baldwin NP- Patterned 4-8-4s were delivered in 1938, one of which, 700, has been restored and occasionally comes out of Portland. In the diesel era, the majority of SP&S’s 115 units were Alcos (20 were EMDs and five were wartime Baldwin Switches), with mother roads finding their stepson an easy benchmark for “builder” units minorities”.

Every month since October 2019, Classic trains the editors selected a Fallen Flag to honor. A Fallen Flag is a railroad whose name and legacy succumbed to bankruptcy, merger or abandonment, but whose memory lives on among railroad fans and historians today .

Find all our previous celebrations online.