As part of the European Union’s response to the Russian aggression against Ukraine, the European Commission and neighboring EU Member States established on 12 May 2022 the EU-Ukraine Solidarity Tracks. The Solidarity Lanes are essential corridors for Ukraine’s agricultural exports, as well as for the export and import of other goods.

As one of the largest grain producers in the world, Ukraine normally supplies about 45 million tons of grain to the world market every year. However, in its brutal war on Ukraine, Russia deliberately targets agricultural production and exports, blocking safe passage to and from Ukraine’s Black Sea ports and building up stocks in grain silos. This has driven up world grain prices, created global food insecurity and jeopardized the livelihoods of millions of people who depend on these grains.

Since the creation of the Solidarity Lanes, more than 15 million tons of Ukrainian agricultural products (cereals, oilseeds and related products) have been exported, by road, rail and through the ports of the Black Sea and the Danube. In addition, since August, the Black Sea Grain Initiative has helped revive grain shipments from Ukraine’s Black Sea ports, further reducing global food prices.

Together, these initiatives enabled the export of approximately 25 million tonnes of Ukrainian grains, oilseeds and related products between May and the end of October to world markets, including countries most in need.

Solidarity lanes are currently the only option for the export of all other non-agricultural Ukrainian products to the rest of the world and for the import of all the products it needs, such as fuel and humanitarian aid. As such, the Solidarity Lanes have become the lifeline of Ukraine’s economy, bringing in over €15 billion in much-needed revenue for Ukrainian farmers and businesses.

The EU worked with Member States, Ukraine and the Republic of Moldova, international partners and companies, as well as transport operators, to improve the functioning of solidarity lanes. As neighboring EU Member States, Poland, Romania, Slovakia and Hungary have made considerable efforts and investments to facilitate these trade routes.

The Solidarity Lanes have become an indispensable link to deepen relations with Ukraine and the Republic of Moldova, and are key to establishing more stable connectivity with the EU in view of future membership. They bring Ukraine and the Republic of Moldova closer to the EU single market, while keeping both countries connected to the rest of the world.

However, solidarity pathways are reaching their capacity limits, bottlenecks persist and logistics costs are high. To maintain and further increase the capacity of the solidarity pathways, we have mobilized significant investments through various existing European and national programs. Administrative and operational facilitation needs to continue, including on streamlining border crossing procedures, and more funding is needed.

The European Commission will urgently devote 250 million euros in subsidies to stimulate solidarity channels. In the short term, we will support rapid improvements, including with mobile equipment, to reduce waiting times and improve traffic flow at border crossing points and their access routes. In the medium term, we are mobilizing the Connecting Europe Facility (CEF) and €50 million to support the infrastructure developments needed to further increase the capacity of solidarity lanes.

Together with partner financial institutions such as the European Investment Bank, the European Bank for Reconstruction and Development and the World Bank, we want to guarantee the liquidity of operators and the financing of repairs and capacity increases. Notably :

The European Investment Bank plans to invest up to EUR 300 million by the end of 2023 in projects that meet the objectives of Solidarity Lanes. This is in addition to the activity already announced and funded [1] in Ukraine, a significant part of which is devoted to the modernization of roads and railways. In addition, the European Investment Bank and the European Commission make available the technical expertise of Jaspers (Joint Assistance to Support Projects in European Regions) for the identification and preparation of cross-border transport projects to be financed under the CEF, which can attract potential EIB co-financing.

Based on the work carried out for several months on the ground with the European Commission and all the stakeholders concerned, the European Bank for Reconstruction and Development intends to invest 300 million euros in favor of Solidarity Lanes over the period 2022-2023. – part of which will go to projects already identified and in the process of being approved.

The World Bank Group, in addition to its regional transportation modelling, rapid damage assessment to identify priority repairs and restoration investments, and ongoing work on trade and logistics, is preparing a draft to undertake repairs to war-damaged rail and road infrastructure with up to USD 100 million targeted for disbursement in 2023. Rehabilitation of rail infrastructure and multimodal logistics in Romania and the Republic of Moldova up to at Ukraine’s borders is being discussed to support essential Ukrainian exports and imports and lay the foundation for reconstruction.

We also call on our international partners to provide additional financial support for these essential actions for Ukraine, the Republic of Moldova and for global food security. 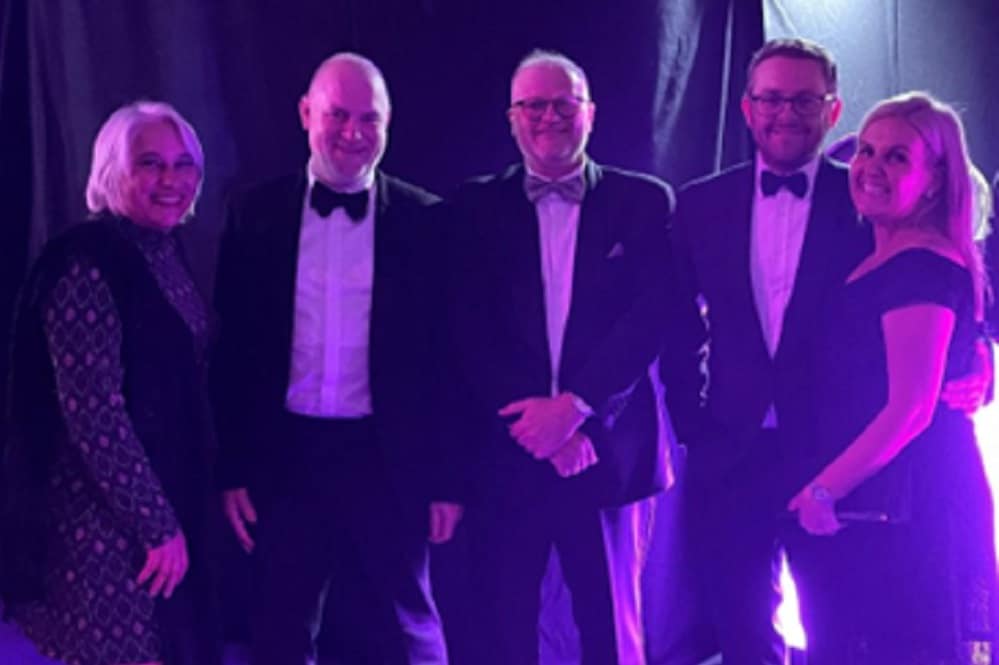 The celebrations were on at the annual dinner at the Roundhouse, the rail industry’s favorite …