Francis Graffard hailed both the sportsmanship of the owners of Verry Elleegant and the superb job done by trainer Chris Waller, following the shocking announcement that the Melbourne Cup winner would soon be heading to his Chantilly stable to prepare for a full European campaign.

The Qatar Prix de l’Arc de Triomphe was initially hinted at by Waller as a target for the six-year-old mare, who has won 11 Group 1s in Australia, but more recently he later mentioned the British Champions Fillies & Mares Stakes . in October.

But in a statement released by Waller on behalf of Verry Elleegant’s ownership group, it’s clear the dream of racing Australia’s best older middle distance and staying on horseback in Europe’s flagship race has remained. alive, with the decision being made after “further consideration of what constitutes the right plan for our beautiful mare”.

Graffard told Racing Post: “It’s very sporty from the owners and they want to try this for sport and adventure. They know how tough the challenge is and they gave me a full slate in terms of how I train it and what races to aim for.

“She likes soft ground which is a help and she gets sent out early so there’s all the time I need to adjust to her and her to me.” 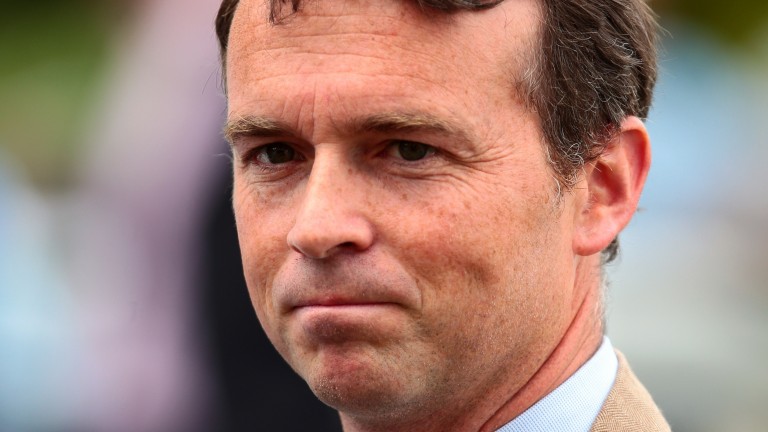 Francis Graffard: came close to winning gold in the 2020 Arc with In Swoop, who finished second behind Sottsass

Given Verry Elleegant’s adaptability in terms of terrain and course – over the past two seasons she has won Group 1s at one mile, 10 furlongs, one and a half miles and two miles – Graffard will have a wide range No options as to how to campaign her, but if the owners want to fulfill their dream of seeing her line up in the Arc, they’ll need to complete her for €120,000.

“The idea behind the project is to line it up in the Arc, but there’s still a lot of water flowing under the bridge,” said Graffard, who was also keen to acknowledge Waller’s role in the formation of Verry Elleegant. career.

“I am aware that I will stand on the shoulders of a giant taking Verry Elleegant over Chris Waller, who did an impeccable job with her,” Graffard said.

“Chantilly is the finest place in the world to train racehorses and it’s a great opportunity for Australian fans to experience this gem.”

Waller described his time with Verry Elleegant as “an honor”, while his owners’ statement described the thinking behind such an ambitious change of course.

He said: “We know she is a world-class resident, but we expect her to be weighted out of the Cups and there are limited options for her domestically.

“After much deliberation, we realized that if we want to campaign her in Europe, we have to do it right and send her to be trained and prepared in the northern hemisphere.”

Where can you see Verry Elleegant in Europe?

While Francis Graffard gets to know his new intern, we can all have fun playing fantasy race director and planning a campaign for Verry Elleegant.

Coming back from October 3, when its owners hope to be in the parade ring at Longchamp ahead of the 101st Qatar Prix de l’Arc de Triomphe, we could be looking at a three-race campaign, allowing for a good acclimatization at the finish.

That could involve a race in August and one in September, as Graffard will stick to his own principles rather than try to replicate an Australian build.

Verry Elleegant won by the mile, but in European conditions that would be a surprise, and Yorkshire Oaks could do the trick.

If you’re not traveling overseas, there’s the alternative of the Prix Jean Romanet, a Group 1 run over 1m2f at Deauville the following Sunday, and arguably better to run with a penalty in the Group 2 Prix de Pomone on same day.

Three weeks later, it could be a race against its own gender again, with the Prix Vermeille on the Arc Trials map being an obvious choice.

Again, his copper-bottomed endurance offers plenty of alternatives, including the Group 2 Park Hill Stakes over 1m6f at Doncaster the same weekend, or the Irish St Leger over the same course at the Curragh.

Sign up to receive On The Nose, our essential daily newsletter, from The Racing Post. Your must-have morning feed, straight to your inbox every morning.