From the onset of the COVID-19 pandemic, many feared that container shipping was facing big problems and challenges. In the first half of 2020, the global economy collapsed and it became evident that new difficult times were coming, making it necessary to adapt to the new conditions. There have been significant changes in the structure of consumption and purchases.

The coronavirus outbreak has severely affected container shipping, one of the segments of the transportation industry most dependent on Chinese exports. Companies began to sit idle, not making products that had to be shipped in containers. The demand for raw materials and goods from China has declined significantly. Due to the lack of cargo, the capacity of ships began to decrease. This has resulted in almost all shipping carriers losing huge sums of money. Attempts to offset losses by introducing additional freight surcharges have had a negative impact not only on commodity markets, but also on finished product markets. Container lines began to massively revise long-term contracts, which were in danger of being disrupted and delayed.

China was not only one of the first countries affected by the coronavirus, but also one of the first countries to restore production and exports. As a result, a lot of cargo in containers continued to be sent to America, but the containers were not returned. In the third quarter of 2020, China experienced a real collapse: there was a shortage of containers in ports, which increased delivery times, as well as tariffs for container transport, which reached historic highs. .

Around autumn 2020, global trade began to slowly recover: the relaxation of quarantine measures, along with stimulus policies aimed at supporting consumer demand, contributed to a further increase in container trade flows. However, despite the rapid growth of trade, there were fewer and fewer free containers, and the prices for transportation increased significantly.

According to data from the Container Trade Statistics, in October 2020, global container transport demand was estimated at 15.21 million TEUs, almost 5% higher than a year earlier.

At Global Ocean Link, we have felt all of these changes perfectly on our own, and this has been clearly confirmed by internal company statistics. Nonetheless, despite all the pessimistic forecasts, 2020 has been a rather positive year for Ukraine. For the second year in a row, the turnover of containers in Ukrainian ports exceeds one million. In 2020, it increased by almost 4% and reached 1.046 million TEU (Ukraine’s all-time high was set in 2008 at 1.254 million TEU).

Last year we managed to ship a much lower volume of containers than expected – 29,788 TEUs. However, our ambitions and optimistic attitude are always aimed at returning to the best performance in the new year. Surviving a crisis brings something new to work, there is a study of problematic situations and their prevention and optimization. We toughen up, get stronger, and move on. This is the essence of modern logistics.

In January 2020, Global Ocean Link successfully launched a 40 TEU container train to Western Europe, which covered the experimental route from Nickel-Pobuzhsky station to Rotterdam in 9 days. The main feature of this project was that the transport took place on a new route through the border crossing “Mostyska-II / Medyka” directly to the Netherlands.

Later, together with the logistics operator PCC Intermodal, we organized a regular direct rail service between Poland and Ukraine. The main objective was to create a regular service under conditions where 87% of the transport of goods between Ukraine and the EU is carried out by road. In the first two months, over 300 TEUs were delivered to their final destinations. Despite a not-so-fantastic start, this project attracts 3-5% new TEUs on each train.

Together with Maersk Line, we have also launched a new railway line from the port of Gdansk to Ukraine. Trains from Poland reach Mostyska-II station, then the cargo is transported along the roads towards Kiev, Ternopil, Vinnytsia, Kharkiv, Dnipro and Odessa. Transit delivery time is less than 5 days. The new road is to be part of the transport corridor between the Baltic Sea and the Black Sea. The corridor will connect Turkey, the port of Chornomorsk and Poland. In the near future, Global Ocean Link plans to expand new routes to Central Europe, including Italy.

Recently, together with MOST Logistic Terminal, we launched a new multimodal project – â€œMostyska Container Terminalâ€. The location on the border with Poland at the “Mostyska-II” station allows us to optimize logistics routes for transit, export and import between Ukraine and EU countries, thus minimizing transport costs and, above all, the time required for transport. We are also planning to build a new generation logistics complex. The area of â€‹â€‹the future terminal is located near Odessa, close to the railway line and the international highway E95. The proximity to the port of Odessa will allow us to deliver goods efficiently and quickly. But at the moment, we are in the active phase of finding partners and investors, and we will gladly review all offers. Let’s develop Ukraine together! 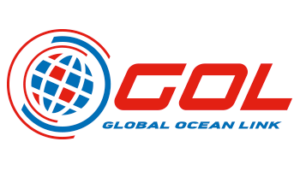 Found a spelling mistake? Let us know – highlight it and press Ctrl + Enter.

A smiling Queen Elizabeth, whose public engagements have been limited in recent months due to …